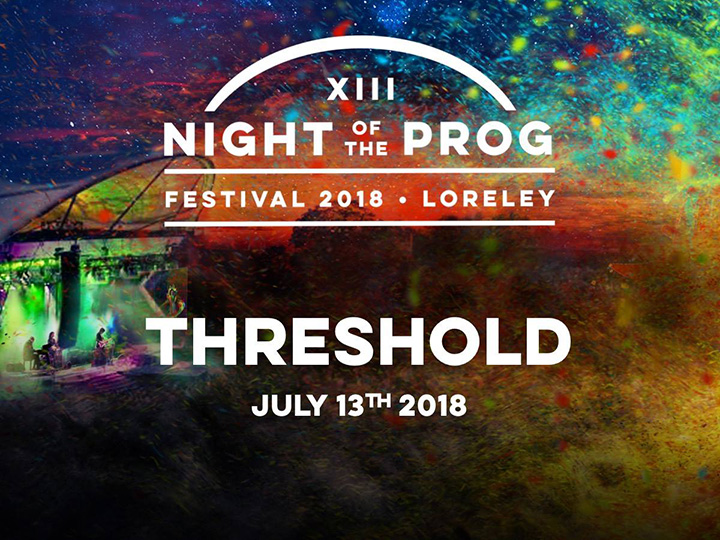 Threshold have announced a couple of great shows in Germany for this summer. First they will perform at the famous Night Of The Prog festival in Loreley Amphitheater on 13 July which boasts a strong line up including Riverside, Big Big Train, Camel, Steve Hogarth and Isildurs Bane. Then on 14 July they’ll return to Hypothalamus in Rheine for a headline show.

Threshold will return to Italy in 2018 to perform at 2Days Prog +1 Festival on 8th September. The 3 day festival is Italy’s no.1 prog event and will take place in Veruno from 7th to 9th September 2018. 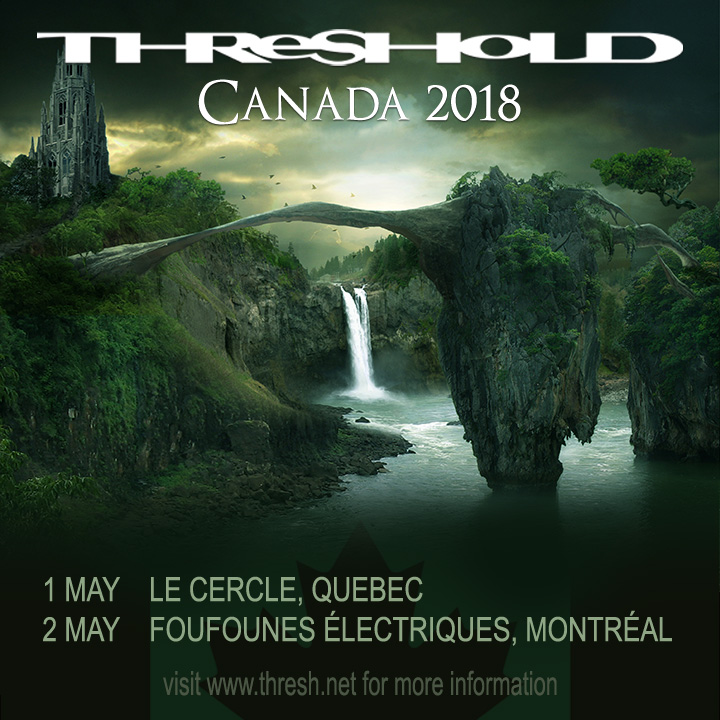 Threshold are thrilled to announce their first ever Canadian shows in 2018!

The band will perform at Le Cercle in Quebec on 1 May 2018 and Foufounes Électriques in Montréal on 2 May 2018.

Threshold have been confirmed as headliners for ROSFest in Gettysburg, USA on Saturday 5th May 2018. It will be the band’s first ever appearance at the festival. Other bands announced so far include Brand X, District 97 and PFM. For more information visit http://rosfest.com/ 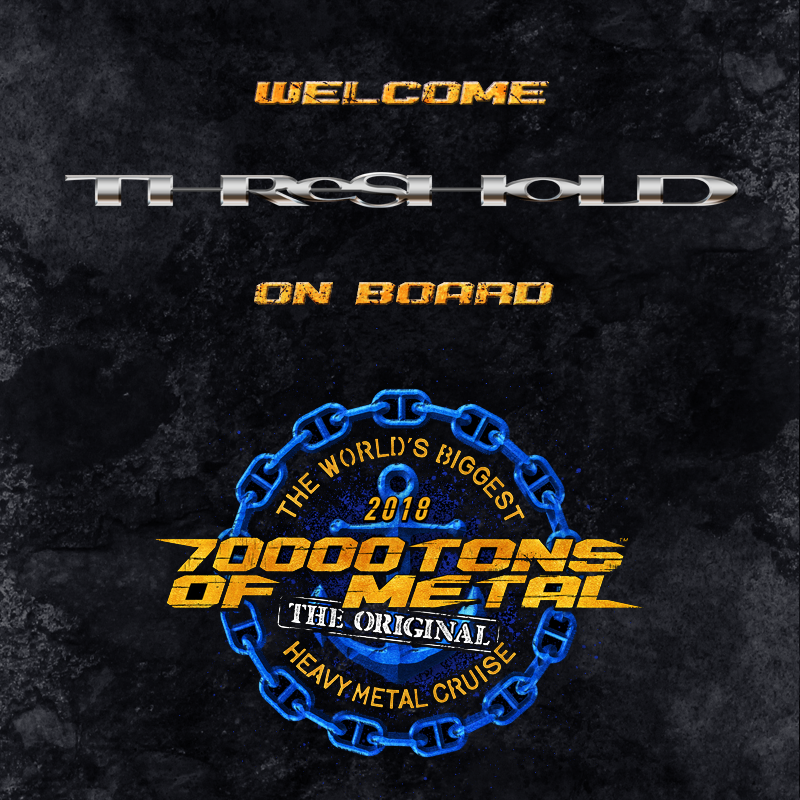 Threshold will return to 70000 Tons Of Metal in 2018 for 5 days and 4 nights of non stop heavy metal action! The world’s biggest heavy metal cruise sails from Florida to Turks & Caicos Islands from 1-5 February 2018. For more information visit 70000tons.com 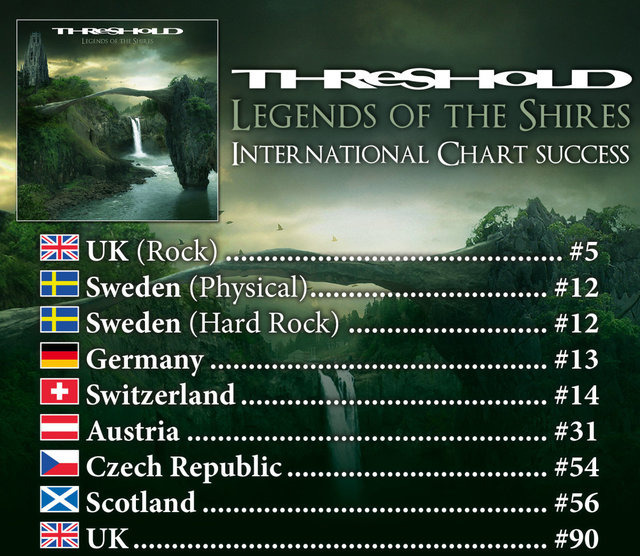 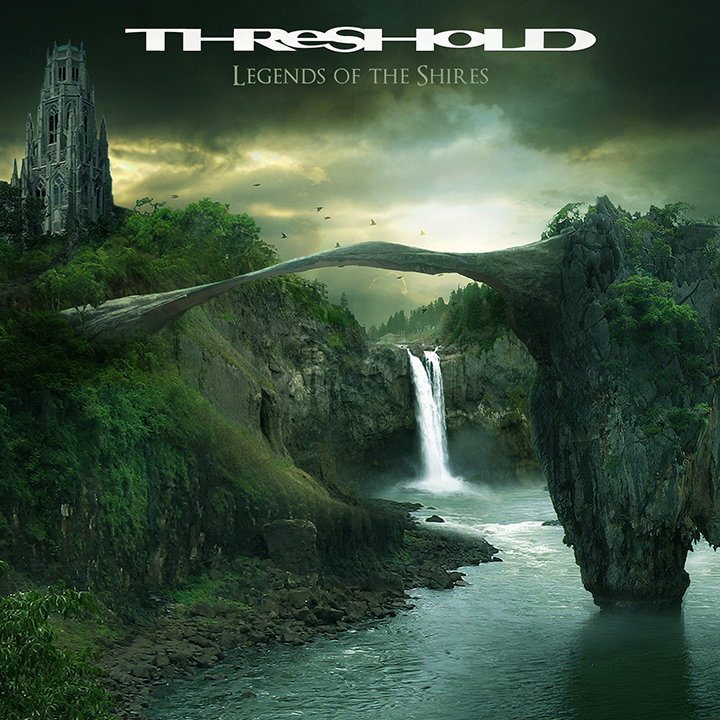 UK progressive metal quintet Threshold release their colossal double concept album Legends Of The Shires today via Nuclear Blast. The 11th studio album by the band features old / new vocalist Glynn Morgan, who lent his vocals to the band’s 1994 release, Psychedelicatessen. To celebrate the release, the band have unleashed a lyric video for new track, ‘Stars And Satellites’. Watch and listen, below:

Karl Groom commented, “I am excited about the release of Legends Of The Shires today. It represents a huge achievement for the band and one of the most creative periods we have ever experienced. I hope it connects with those listening and has a lasting impression.”

Vocalist Glynn Morgan is thankful for fans accepting him back into the fold and is excited to get out on the road with the guys: “I’ve always been a fan of the band. I was just a fan, keeping up to date, and I think Karl and Richard’s songwriting, they’re a great team and it’s all good stuff. So when I got the call, how could I say no? A big thank you to all the fans who have welcomed me back. I hope you’re loving the new tunes as much as I loved singing them! See you all in the fall on the Legends tour.” 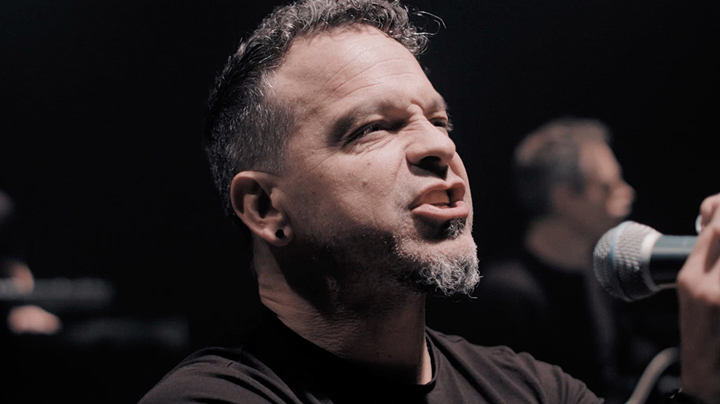 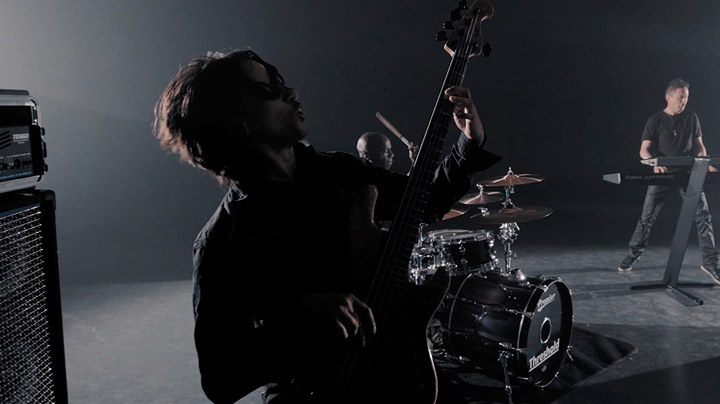 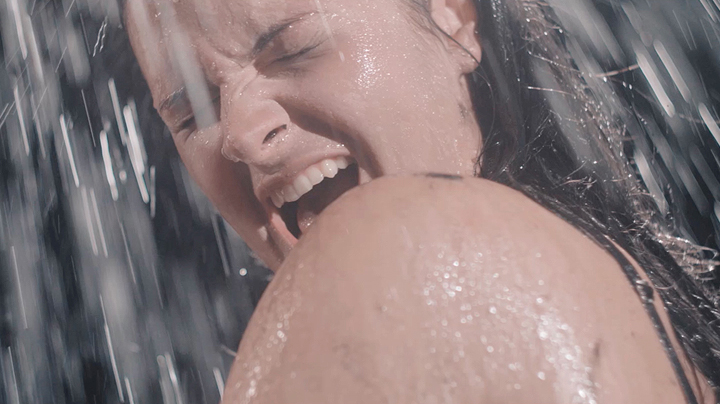 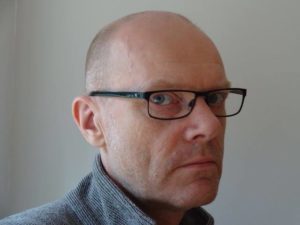