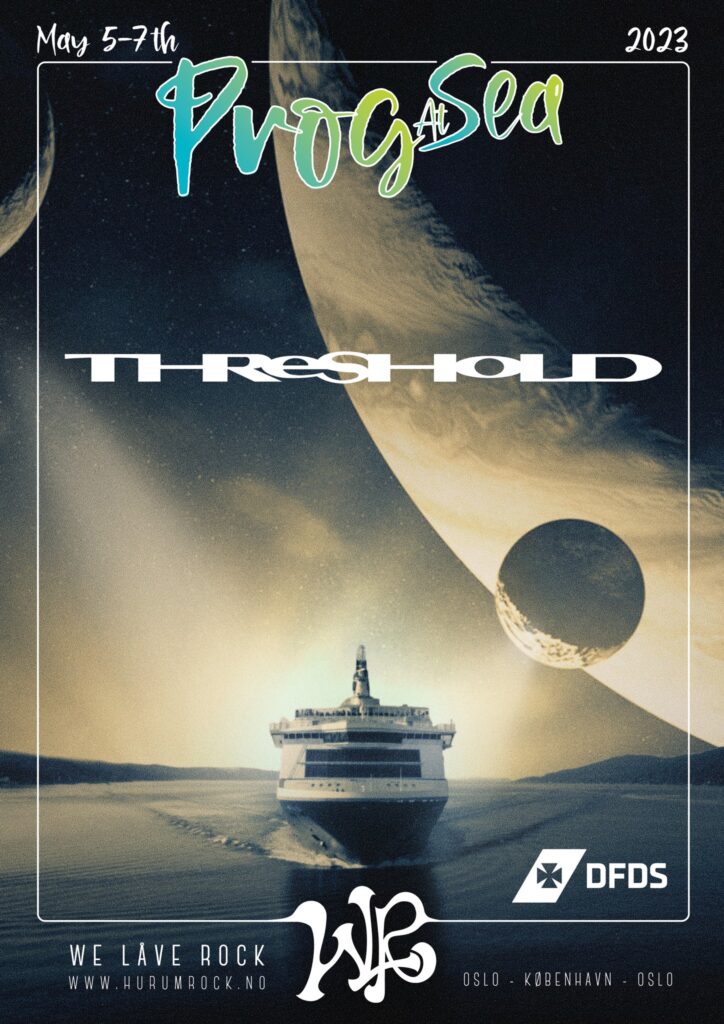 Threshold will perform on the Prog At Sea cruise which sets sail from Oslo to Copenhagen between 5-7 May. 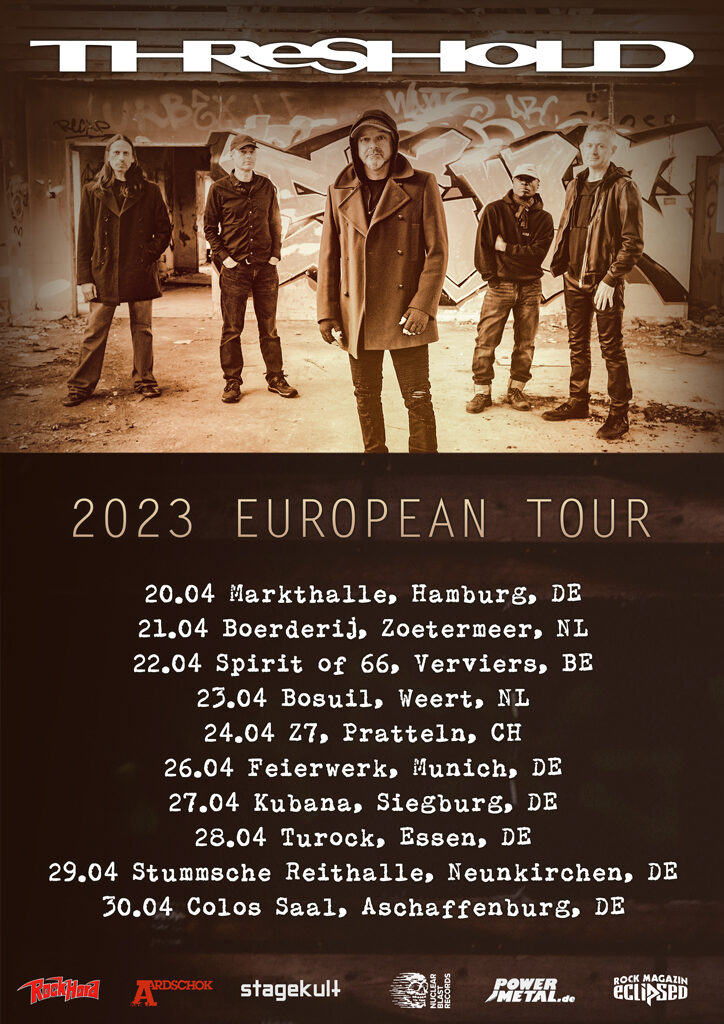 THRESHOLD will hit Europe in spring 2023 with their latest and critically acclaimed record Dividing Lines!

Guitarist Karl Groom states: “It has been too long since Threshold were on tour and the band cannot wait to get out and present Dividing Lines along with some fan favourites in 2023!”

Further dates will be announced soon. 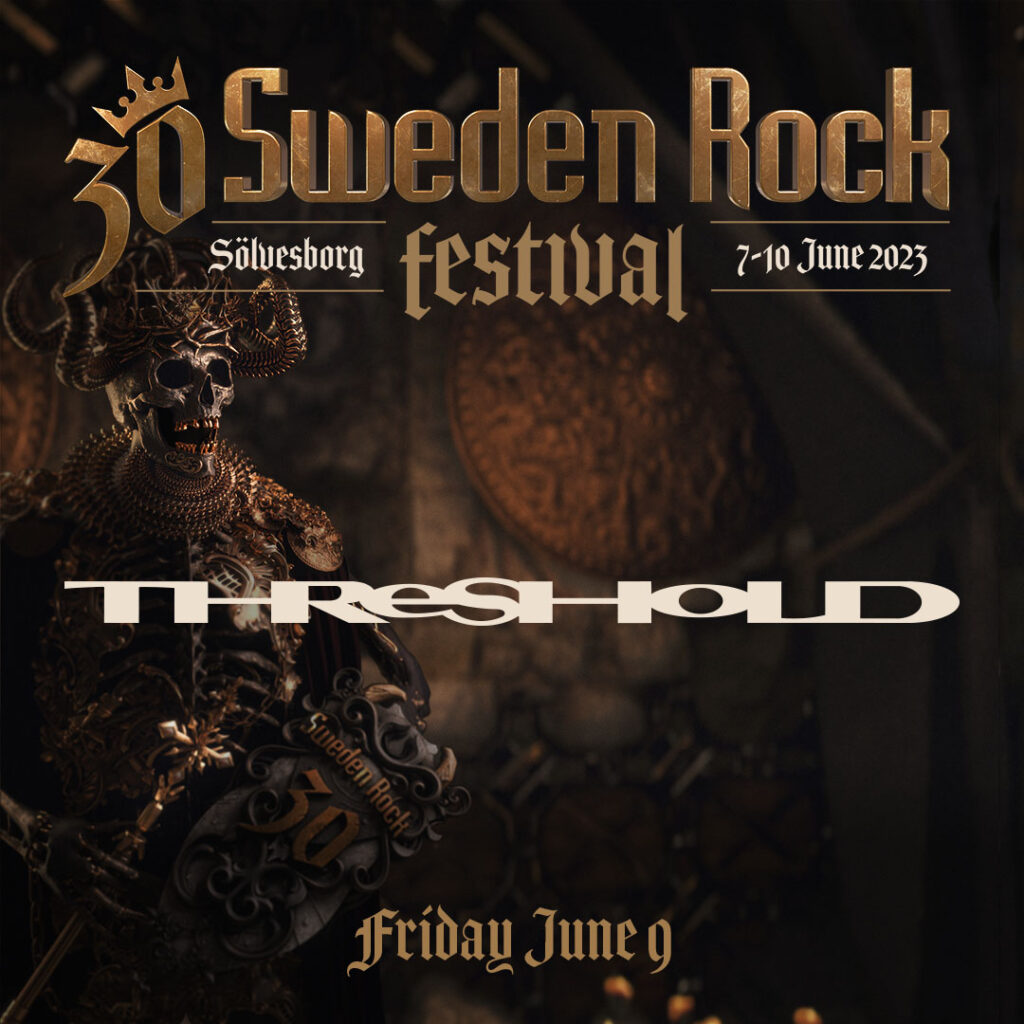 Threshold will be performing at the legendary Sweden Rock Festival on 9 June 2023.

That’s going to be one amazing weekend! 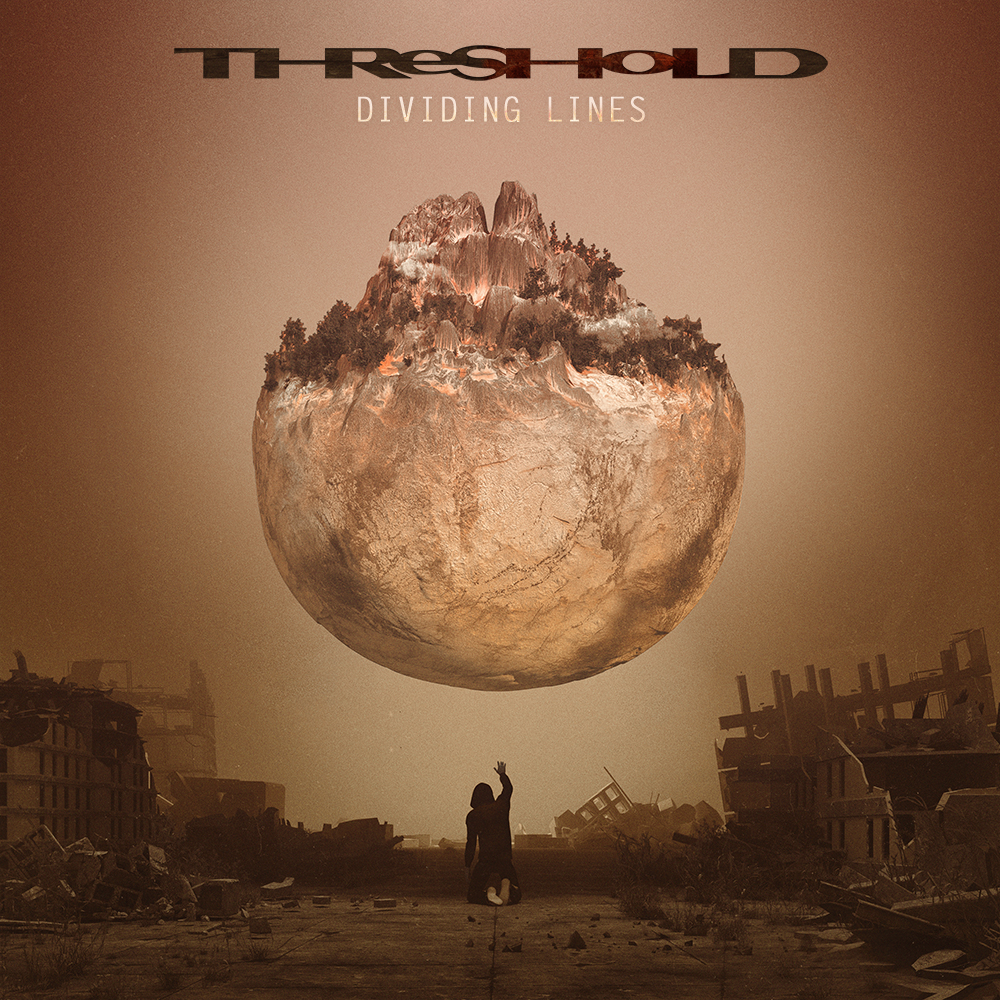 To celebrate the release, we’re sharing a lyric video for the album’s opening track, ‘Haunted’:

“We’re really excited to finally get the new Threshold album out”, explains Threshold guitarist Karl Groom. “Dividing Lines is an album we’re proud of and the band cannot wait to get back to touring.”

Order or stream the album on all platforms here: https://bfan.link/dividing-lines.fpo

We’re really disappointed to announce that there will be a delay in the vinyl stock of our upcoming album Dividing Lines. We’ve been told that this has become a more common issue as a result of the pandemic, with pressing plants not always capable of delivering on time. This is an issue the pressing plant are working hard to resolve. We will update you when we have more news.

The CD and digital formats of Dividing Lines will still be released on Friday as planned. 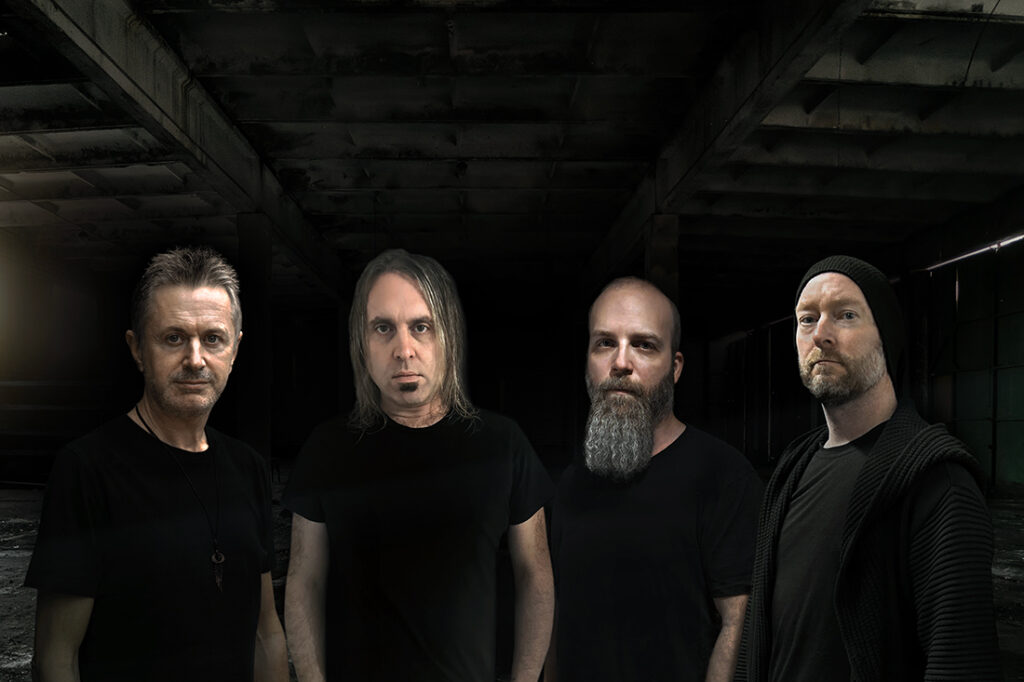 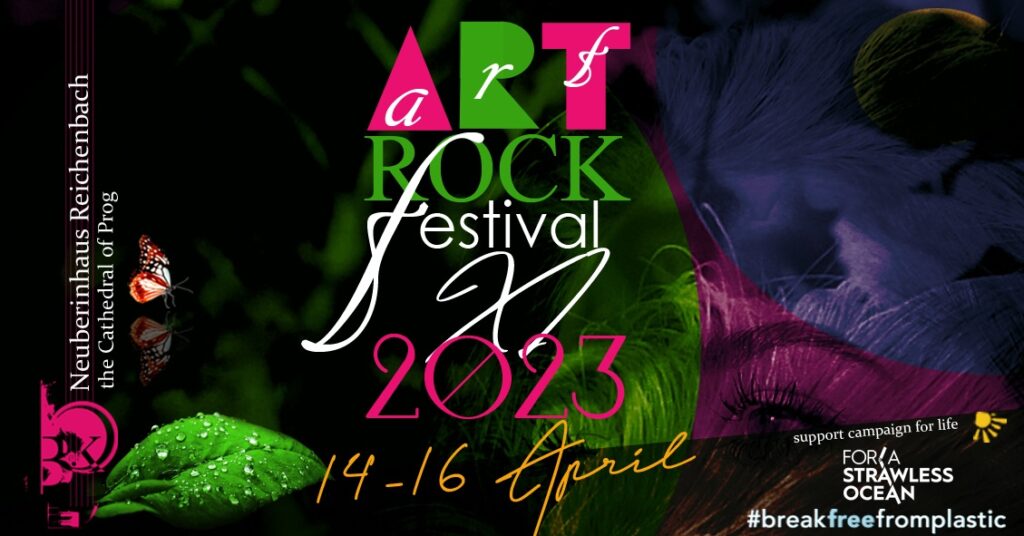 We’re very happy to let you know that we’ll be back in Germany to headline the Friday night of Artrock Festival in Reichenbach on 14 April 2023. We were previously due to play there in April 2020 when the pandemic hit, so it’s great to have it back in our sights! 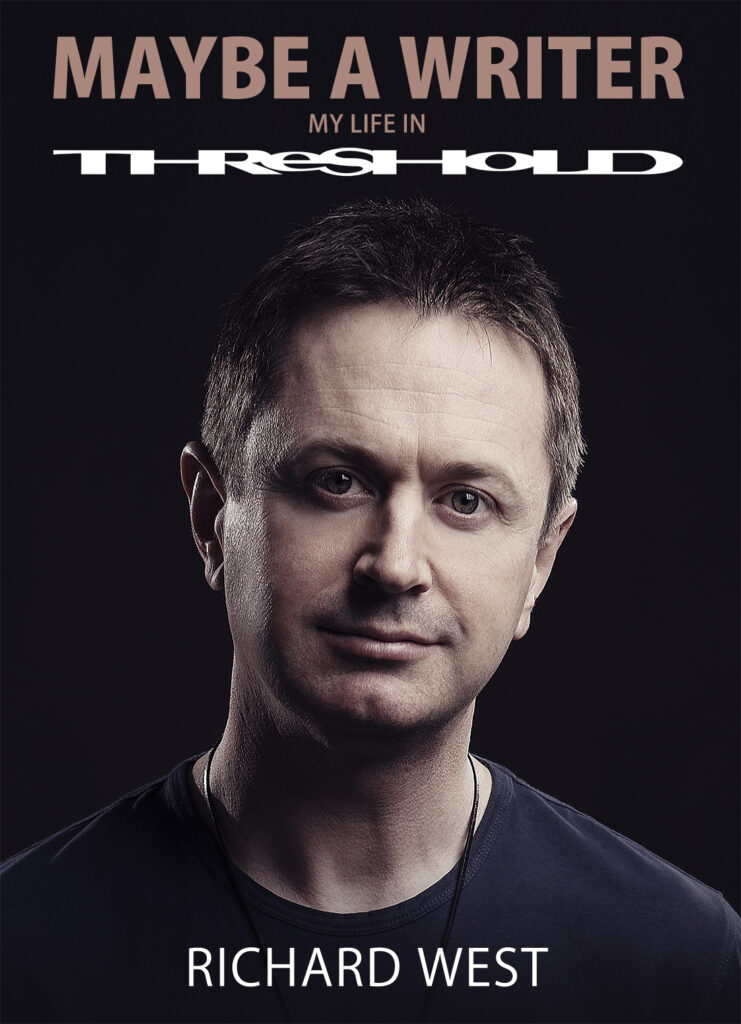 Kingmaker Publishing is delighted to announce the publication of an autobiography by Threshold keyboardist Richard West.

Maybe A Writer: My Life In Threshold will be published on 8th December 2022, following close on the heels of the release of Threshold’s twelfth studio album, Dividing Lines, which will be released by their label Nuclear Blast on 18th November 2022.

Richard West never imagined that he would spend 30 years as the keyboardist with British progressive metal standard bearers Threshold. From his first rehearsal with the band in a damp, neglected village hall, to touring with Dream Theater and sharing huge outdoor festival bills with rock legends including Whitesnake, West has been at the heart of Threshold since 1993 and has become one of its driving forces.

Along the way he has seen various singers, including Damian Wilson and Andrew ‘Mac’ McDermott, and a series of drummers pass through the band’s ranks. Threshold have experienced both tragedy – notably Mac’s death in 2011 – and triumph. Demonstrating considerable resilience, the band have perennially persevered, with their 2017 album Legends Of The Shires marking a return to top form, which is continued by Dividing Lines.

Written during 2021 and 2022, West’s autobiography provides the definitive account of the career of one of prog metal’s key bands. Beyond Threshold, West recalls his childhood on the UK’s Devon coast, writing pop music for Simon Cowell, making a din with Jimmy Page’s guitar and getting to know his wife Farrah in prison. The book also recounts West’s other musical adventures in League Of Lights alongside Farrah as well as other projects.

“Richard West is such a talented, versatile and prolific musician, composer and now author. This is a biography disguised as a novel – it’s an awesome read.” RUUD JOLIE (WITHIN TEMPTATION)

Maybe A Writer: My Life In Threshold will be published as a ca. 200 page hardback, including 40 pages of photographs documenting West’s life and career, including some photographs exclusive to the book.

The book is available for pre-order now from Burning Shed and will be available from all good bookstores and via Amazon.

Threshold keyboardist Richard West commented: “It’s so great to be booking shows again. It’s been a while and we can’t wait to get back out on the road!”

Here is another taste of our upcoming album Dividing Lines with a visualiser for the third single Complex.

Guitarist Karl Groom comments: “Complex was the 2nd song written for Dividing Lines and I love the energy that Johanne injected into the song, particularly on the pre-choruses. The idea for the solo came about by accident when I left a parallel pitch-shift on the lead sound whilst making the demo. We can’t wait to release the album and have the chance to tour again.”

Listen to the song on all platforms: https://threshold.bfan.link/complex
Pre-order the album Dividing Lines: https://bfan.link/dividing-lines.fpo